Formula Facts – 5 Strange Facts From The History Of Baby Formula 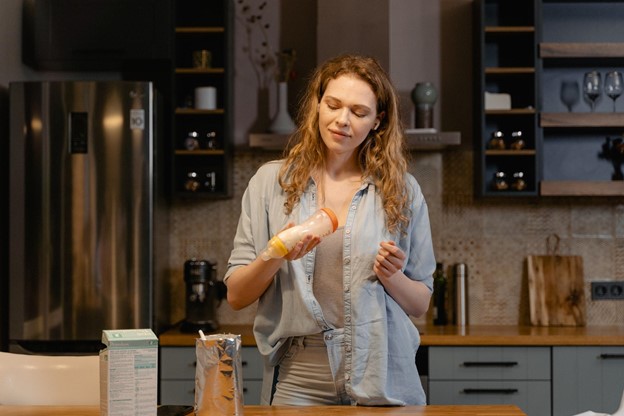 From infant formula to toddler formula, the current market is flooded with options for parents who, for one reason or another, can’t use breastmilk. Though it is a perfectly healthy alternative nowadays, formula has come a long way since its invention. To demonstrate just how far it has come, let’s take a look at five of the strangest milestones in its history.

1. Native Americans made some of the earliest infant formula

Long before scientists got involved in the process, many native American tribal nations were making baby formula from ground corn and nuts. This was documented by historians as early as 1725. However, the practice likely extends farther back into history.

2. It took centuries to nail the formula

Not being able to breastfeed children is a problem that has been faced by parents for centuries and for a variety of reasons. Wet nursing (having another woman breastfeed the child) has historically been a popular option. However, it is not always possible, which led to the development of “dry nursing,” which involves feeding babies a mix of things like animal milk, cream, sugar, or honey.

The dry nursing formulas of the early 1800s were problematic, with children developing conditions like scurvy and rickets. Dry nursed babies were also at greater risk of bacterial infection. Over the last two centuries, scientists and medical professionals have worked diligently to develop formulas that adequately protect and nourish children.

While these decades are more famous for anti-war and civil rights protests, people also rallied against the commercial baby formula companies. Numerous issues were arising during this time, and the populace was not having it. Infant mortality rates were high among formula-fed babies, and companies were found to be diluting their formulas, presumably to boost profits.

Companies like Nestlé were also held to account for unethical marketing practices. Indeed, the 1977 Nestlé boycott was so momentous that it spread from the US to Europe and Canada, and its effects are still being felt to this day.

If you furrowed your brow at the mention of “toddler formula” in the introduction to this article, you’re not alone. Many people argue that toddler formula (also known as follow-on formula) was designed purely to add a revenue stream for manufacturers while conveniently circumventing the advertising rules that have been put in place regarding infant formula.

While it’s possible to use toddler formula to supplement the diet of children aged six months to three years, it is not a complete food, and there are plenty of other, more nutritionally complete options. Additionally, toddler formula has been implicated in childhood obesity.

5. Organic formula arrived at the turn of the last century

The year 2000 brought with it the arrival of organic formula on the mass market. It was around this time that manufacturers also introduced nucleotide fortification to infant formula. This addition helps with the development of the young immune system and may act as a growth factor. Polyunsaturated fatty acid fortification also came in during the early 2000s. Docosahexaenoic acid (DHA), arachidonic acid (ARA), and other fatty acids aid in brain development for infants.

While it’s had a controversial history, and some of the manufacturing and advertising practices have been questionable, there is no doubt that baby formula can be an excellent substitute for breastmilk. Thankfully, manufacturers and scientists are learning more about infant nutrition by the year, so we can look forward to more positive developments in the future of formula.