Evolution of Women’s Bathing Suits: Everything You Need to Know 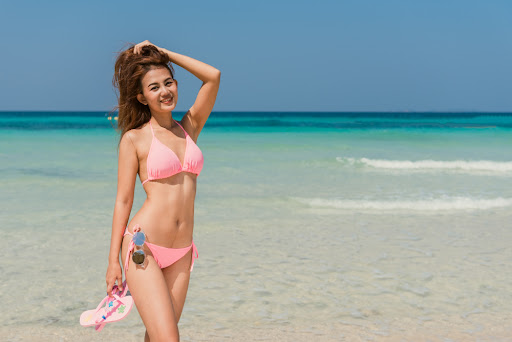 Why do we wear a bathing suit? Here the answer is simple – we wear a bathing suit to make a fashion statement and to gather courage during water adventures. Further, sometimes we just need sun-kissed bodysuits, mostly when the mood hits. Earlier, bathing suits didn’t exist, and if you take a look at the classical pictures of swimming, it shows nude swimmers.

So if people used to swim naked, why don’t we continue to do so? And why do people, usually women, spend so much of their hard-earned money on the women’s swim bottoms or tops? Let’s dig into the past…

In 1860, the practice of swimming naked was banned, usually for women. It seems like there were some sort of apparel regulations or some interesting innovations at that time.

Have you heard about the “bathing machines?”

Mostly in 1800, the bathing machines were used, and it was before the bathing suits were invented. Those machines were a great gadget for the women to access water without being viewed. The machine structure was innovatively designed to help women bathe privately. The horses used to take those machines in and out of the water in a manner the same as plowing a horse for field tilling.

The working of the bathing machine

Earlier, when the swimmers used to enter the machine in complete street attire, they were lowered into the water after removing their clothes. Later, when the women’s bathing suits, bottoms, and tops were invented, female swimmers changed and stored their clothes in the compartments built inside the room. Once the swimmers are lowered down into the water, the bathing machine’s structure provides the shield from the beach onlookers.

Mixed-gender bathing was not acceptable until 1900, so the bathing machines were then merged into beachside changing rooms, and later those were innovated into cabanas. During that period, the first bathing suits were invented, and they were made using flannel. It was a warmer fabric that helped protect against the colder water. Originally, women used to wear bathing gowns that would not become transparent after getting wet. However, on the contrary, men used to wear form-fitting garments that were made from wool. The design even stayed the same in the men’s bathing wear for about a century. There were two-piece designs for women, but they used to cover the entire body.

After world war 2, the first bikinis became popular and acceptable, but the bottoms needed to cover the naval. However, during the 1960s, men’s swim trunks and “lost fabric” for women’s designs became an entirely different fashion statement. Over the last 50 years, the designs and fabrics have entirely changed, and those changes are quite frank. It genuinely depends on the beach part you will be playing on.