Basics Of the Popular Self Defence Art Taekwondo

by themangoblog
in Gym and Fitness 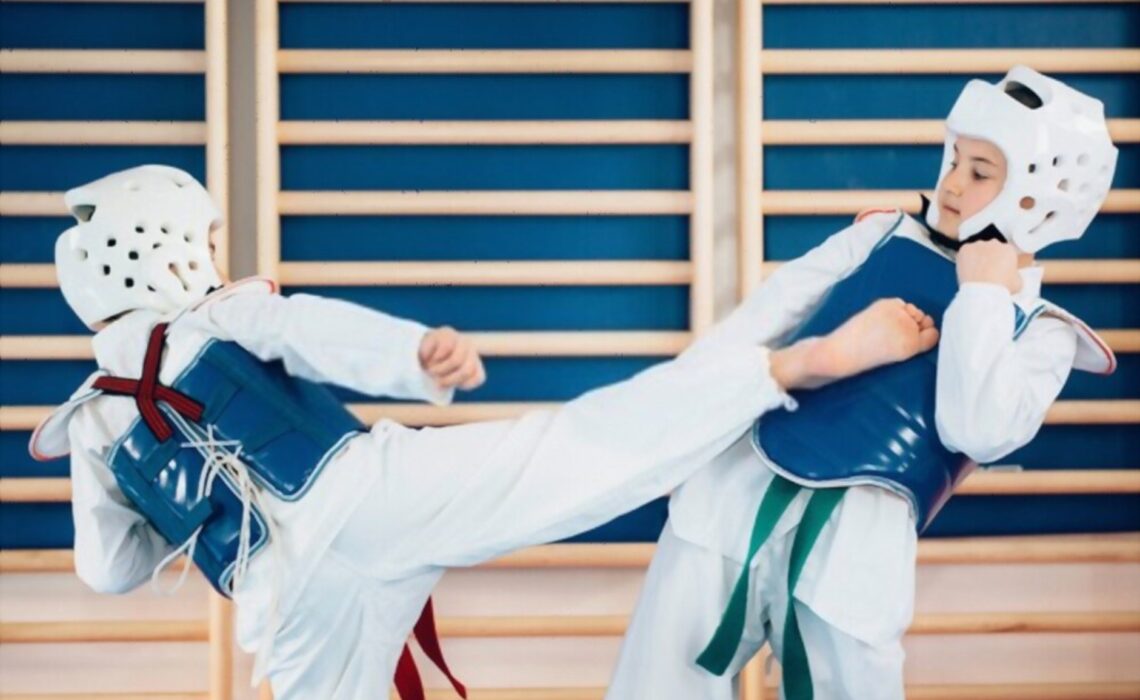 Currently, everyone is familiar with the word “self-defence.” And it is necessary to know the techniques for its apt implementation. Whether you are a kid or an adult, having expertise in self-defence will make it easier for you to take up any challenge in life. Taekwondo is a popular self-defence technique, and if you are too keen to take up this class, this blog will help you gather more information on taekwondo. Keep on reading to discover new!

A brief history of Taekwondo

Taekwondo is a style of Asian martial arts that began in Korea but is now practised globally. Initially designed for self-defence, many people use it for fitness. Taekwondo’s popularity skyrocketed in the 1990s, and it was named an Olympic sport in 2000. Taekwondo contests are also held.

This term is translated as “kicking and punching is the method there.” This demonstrates the fundamental techniques of Taekwondo, which primarily employs the hands and feet to protect the body. In other words, regulating one’s impulse to attack or fight is essential to Taekwondo.

Taekwondo is not simply a martial art. It is also a sport. Taekwondo has several distinguishing features, notably the significant usage of kicks.

Punching, as the name implies, is also widely utilized. It gave birth to the establishment of several schools of practice as it expanded from Korea through Japan and China. These many schools travelled to various places throughout the world.

Taekwondo as a Form of Exercise

Taekwondo is famous for exercise, particularly in the United States. It has drawn a lot of attention as a kind of aerobic exercise. Some gyms have been formed for the sole practice of Taekwondo, while others have blended components of Taekwondo into their activities, resulting in “taekwondo workouts.”

Taekwondo is an excellent way for people to burn a lot of calories. For a 160-pound person participating in 30 minutes of Taekwondo, one can burn around 350 calories. One instance of this sport is sparring, in which individuals engage in combat using bow staffs while donning protective padding.

Modern Taekwondo is built on the same fundamental ideas taught by SooBak and Won Kang. On the other hand, Taekwondo’s philosophy includes concepts such as honesty, respect, and self-control.

This is a “form,” or set of movements, to assist pupils in learning the fundamental methods connected with their specific degree of understanding.

Sparring is the use of those fundamental techniques against an opponent. Sparring is also a competitive activity in Taekwondo.

They were sparring in one step.

These are self-defence strategies performed against a nearby opponent. Blocking and hitting are often employed techniques.

They were sparring in three stages.

These are self-defence methods used against a three-step distant opponent. Kicking to disarm and striking to assault an opponent are two techniques employed.

Various kicking and striking tactics can be used to break down boards. This is done to show strength and competence.

Taekwondo aids pupils physically as well as cognitively. Physical fitness improves, but so does mental wellness. Learning and rising through the taekwondo belt rankings help students gain the confidence they may use in other aspects of their lives. Taekwondo also emphasizes

leadership and encourages pupils to take on leadership roles like student instructors.

Discussing a few FAQs about it

It is recognized for just employing kicks and punches to protect against attacks.

Taekwondo has several different forms, many of which are unique to various styles of Taekwondo.

Taekwondo is used for a variety of applications. Its initial purpose, as practiced in Korea, was self-defence. However, as time passed, the martial arts form was increasingly adopted for cardiovascular training and other uses.

Anyone can learn Taekwondo. The beginners who want to become healthy and learn self-defense to those who wish to participate at the Olympic level. The martial art accepts casual or recreational students but offers plenty to those with a “hardcore.” Taekwondo, like anything else, gives you what you put into it.

in Business
Know About Mental And Physical Benefits of Taekwondo